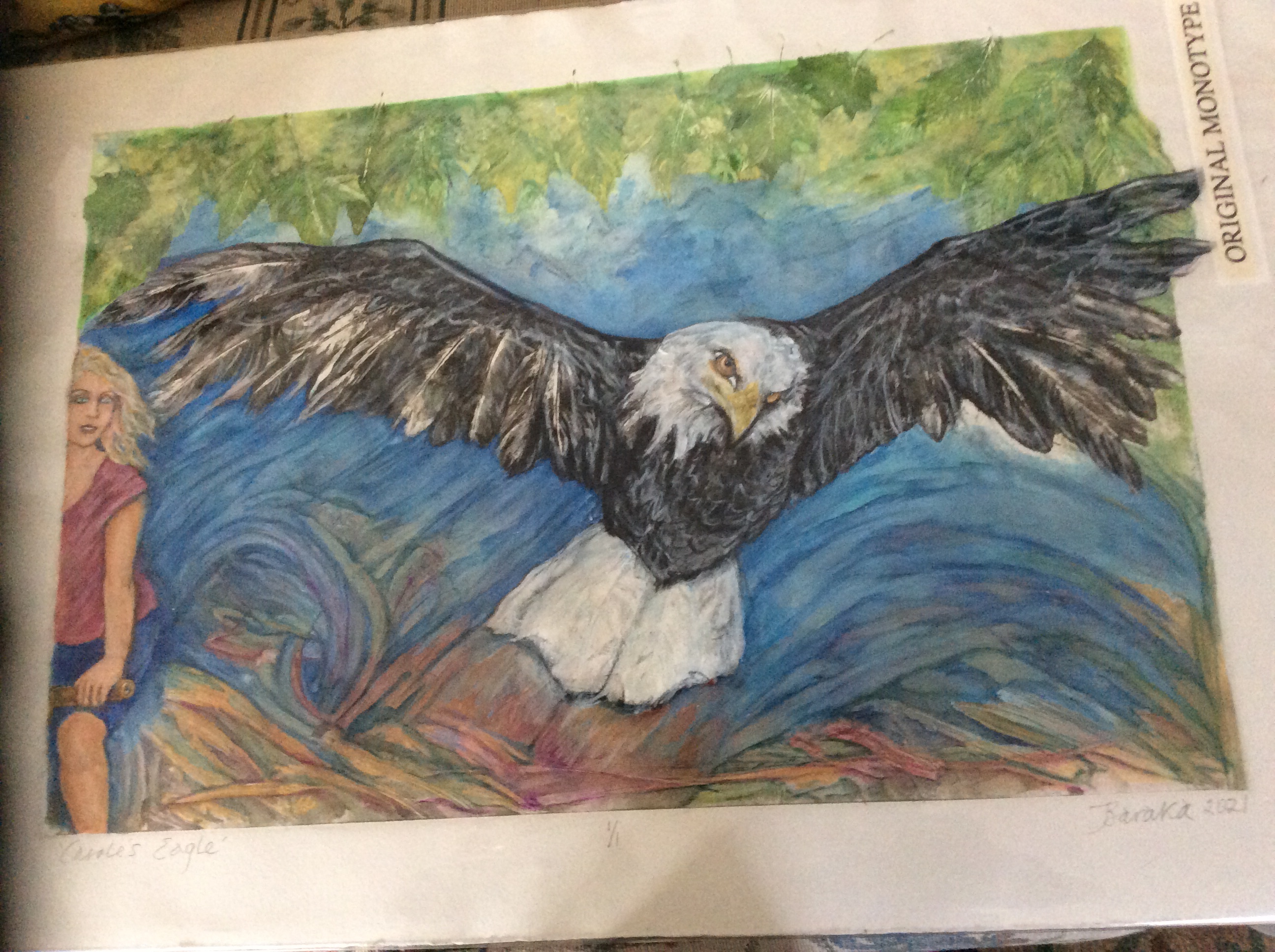 This story began in 2007 and came to fruition today, January 10, 2021.
During June of 2007, Paul and I were celebrating our 17th wedding anniversary on Vancouver Island. It was a lovely vacation and on one glorious day, we were bicycling, something we did rarely. We were on a quiet two-lane road, covered with a natural tree tunnel in a rural area, going fast downhill with no traffic. I was in front of Paul.

All of a sudden, there was an eagle flying beside me, taking up the entire other-direction lane, with her right wing covering part of my lane, as well. My initial reaction was thinking with wonder, “Is this really an eagle?!” Then, a heartbeat later, I thought, because she was flying in the wrong direction in her lane, “What if a car comes and she moves toward me?” I was irrationally thinking she would know that she was in the wrong land and move to get into my lane. Her wingspan was more that her side of the road; she was huge.

I considered my options. We were at the high part of the road that downhill in front of us and a downhill drop to either side. I imagined myself tumbling down the heavily treed hill beside me – not a desirable option! Before I needed to make any choices, the trees opened up and she flew away. My sense of time was not intact, but maybe one or two minutes had passed.

When I could, I slowed down and pulled off to the side, wanting to talk with Paul. I hadn’t been drinking or doing any drugs, but I didn’t trust that what I’d experienced had been real. When Paul pulled in next to me, I asked him, “What just happened?”
“An eagle was flying beside you,” he said. It was true. It really happened.

I shared the story with a few friends at the time, then forgot about it until about six months ago. I didn’t know why, but as I remembered the event, it became clear to me that I wanted some kind of picture or illustration of what had happened. I began to ask some of my artist friends for suggestions.

A friend suggested another friend who she thought was a good match for my energy. I looked over some of her work online and responded to her at once. Then, I found out we had a couple of mutual friends who I really liked.

We talked on the phone, then set up a meeting time last October, where she showed me some sketches of what she imagined would capture my experience for me, which she called mystical. She also suggested that perhaps the reason that the memory had come up for me recently was because of the significance of the eagle and the United States and the pre-election turmoil.

Today, I picked up ‘my’ eagle, fully satisfied with the artist’s work. Additionally, that it was completed during the same week as the Capitol attack makes me certain there was a reason for this 13-year-old memory to kick in when it did. Another memory that has just found its way into my brain is Neil Armstrong’s voice saying, “The eagle has landed.”